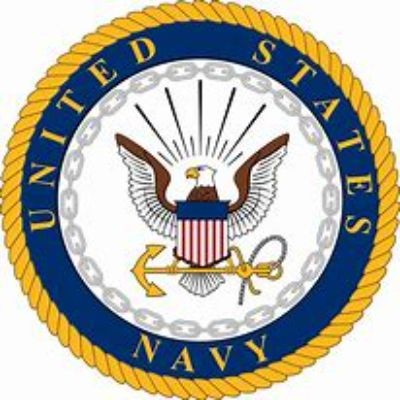 Robert Martino Sr, 83, of Southington, passed away peacefully after a brief illness, on Friday, November 12, 2021 at Southington Care Center. He had been the loving husband of the late Mary Jane (Arena) Martino for 44 years.

Robert was born on February 23, 1938 in the Bronx, NY to the late Nicholas and Anna (DeLizia) Martino and had been a longtime Southington resident.

Bob proudly served his country in the U.S. Navy on the U.S.S. Newport News from 1955-1959. He started Crystal Restoration in 1964 and owned and operated the business alongside his family until his retirement in 1996. He enjoyed most of his retirement living on the West Coast in California. Bob was a longtime parishioner at St. Thomas Church. He was an avid golfer with 6 hole-in-ones and loved to hate the NY Giants. Bob was a proud American and loved Harley Davidson motorcycles. His greatest joy in life was his family, especially the time he spent with his grandchildren.

Bob is survived by two sons, Robert Martino Jr. and Nicholas Martino and Alyssa Calvanese, both of Southington and 5 grandchildren; Matthew Martino and his girlfriend Ashley Sutton, Nicholas Nylund and his girlfriend Amber Savaria, Jessica Martino and her boyfriend Ken Meyer, Niko Martino and Mila Jane Martino; 3 great-grandchildren, Lexi, Leah and KJ and his son-in-law, Steven Nylund. He is also survived by his sister, Irene Perciasepe and her husband Arthur of FL. In addition to his wife Mary Jane, Bob was predeceased by his daughter, Doreen Martino-Nylund.

In lieu of flowers, donations in Bob’s memory may be made to Southington Community Services, 91 Norton St, Plantsville, CT 06479.

Funeral services will be held at 9 a.m. on Thursday, November 18, 2021 from the Plantsville Funeral Home, 975 S. Main St, Plantsville with a Mass of Christian Burial at 10:00 a.m. at St. Dominic Church, 1050 Flanders Rd, Southington. Burial with military honors will follow in St. Thomas Cemetery, Southington. Calling Hours will be held from 4 – 7 p.m. on Wednesday, November 17, 2021 at the Plantsville Funeral Home. For online condolences and directions, please visit www.plantsvillefuneralhome.com.

To plant memorial trees or send flowers to the family in memory of Robert Sr., please visit our flower store.

What a beautiful tribute video. Job well done. It brought back wonderful memories of laughter filled nights (in the late 1970s & 80's) when my husband Bobby Simone and I shared fun with Bobby and Mary Jane. He was such a cut up. I adored them both and am so sorry to hear of his passing. Many Blessings to his family.

My condolences to Bobby's family. He was a good man and a good businessman. I was a friend and a client and though I haven't seen Bobby in several years I am saddened to hear of his passing.

My Condolences to the Martino family.

I am so saddened to hear of Bob's passing - he was always so kind and caring. My sincere condolences to the Martino family.
With warmest regards,
Trudy O'Connor

Nick & Family.....my heartfelt condolences to the Martino family. Senior was a loss to us all. My thoughts and prayers are with you. God bless.

Nick and family
I am so sorry for your loss!!!
Sending hugs and prayers to you all