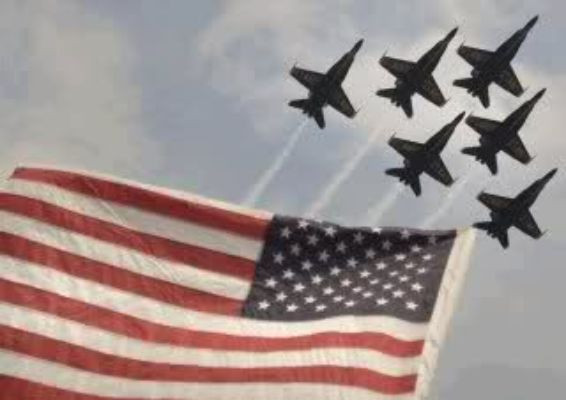 Dr. Richard J. Landino, 83, of Southington, passed away peacefully at his home surrounded by his loving family on Thursday, September 2, 2021. He had been the beloved husband of Nancy Landino for 49 years.

Richard was born on March 11, 1938 in New Haven, CT, to the late Peter and Concetta Landino. At a young age, his family moved to West Haven where Richard spent his youth at Savin Rock as one of the “Rock Rats.” He went on to graduate from Notre Dame High School and then off to Providence College and University of Maryland Dental School. After training to become an oral surgeon and serving in Korea with the United States Air Force, in 1974, he settled into Southington with his wife and young family. Known by many as “Doc,”Richard opened his oral surgery practice over Riccio’s on North Main Street. Nearly twenty years later, Doc decided to close up his practice, went back to school, and re-emerged as a physical therapy assistant. For the next two decades, he worked for Wolcott View Manor Nursing Home in Wolcott, CT.

Almost immediately after arriving in town, another very important chapter in his life began. Richard joined the Southington YMCA and for over 45 years had a continuous presence there five days a week where we could be found running along the streets of downtown with “the guys,” pumping iron in the weight room, or holding court in the front lobby. Richard will be remembered for his quick wit, devotion to family, care of others, hiking, biking and hunting adventures and for his unique style for not taking the road most traveled or most socially accepted but rather the one he believed was right. Richie did it his way!

Richard is survived by his son Anthony J. Landino and his wife Christine of West Hartford and his daughter, Nicola O’Rourke and her husband Jim of Southington and 3 cherished grandchildren, Olivia, Joseph and Jameson. He is also survived by his sister, Jacqueline Catania and her husband Ronnie, his brother Robert Landino and his wife Eileen and his sister Rosemary Hofmiller and her husband Robert. Richard will be sorely missed by his sister-in-law Sharon Francis and her husband Ken O’Connel of Conway, South Carolina. He was a loving uncle to his nieces, Jennifer, Stephanie, Jacqueline and Lindsay and nephews, Dino, Mark, Corey and David. He was predeceased by his beloved wife Nancy and precious nephew, Michael Landino.

A Mass of Christian Burial will be held at 8:30 a.m. on Friday, September 10, 2021 directly at St. Thomas Church, 99 Bristol St, Southington. Burial with military honors will follow in the State Veteran’s Cemetery, Middletown. Calling hours will be held on Thursday, September 9, 2021 from 4-7 p.m. at the Plantsville Funeral Home, 975 S. Main St, Plantsville. For online condolences and directions, please visit www.plantsvillefuneralhome.com.

To send flowers to the family in memory of Dr. Richard Landino, please visit our flower store.

Goodbye Uncle Rich. We've known you our entire lives. You have always been an inspiration to us. Dave and I will never forget our Christmases in Connecticut, our weekend visits, or our long summers together. You were always kind and funny. You even liked my magic tricks! Our Dad thought very highly of you, and you were always good to him, and us, and our extended families. We will miss you. Our condolences to the entire family. Rest In Peace Uncle Rich.

Dear Nancy and family, I was sad to hear of "Doc's" passing. What a beautiful human being and great friend to all. He had such upbeat, positive outlook. We have lost some great men these past few years. I will continue to keep you all in my thoughts and prayers in the coming days.

Thank you Dr. Landino! I have such great memories of connecting with you over many many years.

Dear Tony and Nicky and family
Our deepest sympathy and prayers for the loss of your Dad. Your Dad was one special guy.
Sue and Al Panarella

Nikki and Jim and family,
I am so very sorry for your loss. Thinking of you and keeping you in my thoughts and prayers.

Dear Mrs. Landino & family,
I would like to extend my sympathy and condolences to you and your family. Although I do not believe that I had the pleasure to meet your husband/ dad I was a classmate of nephews David & Phil and niece Beth. All the Landino's that I ever met were a class act and wonderful people. Dr. Landino has quite an impressive array of achievements and it was a blessing to have a nice and well rounded person like him contributing to our town.
With sympathy,
Suzanne Hoy